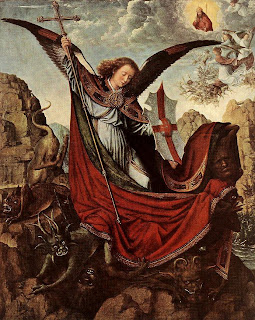 You talk about "the devil you don't know." Well, I suggest there's much more we know about Judge Goldsmith than his ferret legislation. And perhaps that's why Democrats and Independents are supporting him.

Do a little research and you find that the Los Angeles Daily Journal -- on Nov. 1, 1996 -- reported that, "Assemblyman Goldsmith has a reputation behind the scenes as being one of the few tough-on-crime, lock 'em up advocates who is willing to tackle the less popular and infinitely more complex problem of preventative meausres, i.e., early intervention for high-risk youth."

And perhaps most telling about whether Goldsmith will be just another partisan Republican is this quote from Capitol Weekly in July 1997: "Assemblyman Jan Goldsmith is fiercely independent."

Antonio Villaraigosa, now the mayor of Los Angeles, is a Democrat. In 1998, he wrote -- and the Assembly passed -- a resolution honoring Goldsmith's work in the Assembly. The resolution highlighted Goldsmith's work to end racial divisions in government programs,to eliminate the ban on trans-racial adoption and foster care placement, and to eliminate the archaic requirement that a medical professional be present to administer the blood-glucose "finger prick" test on children with diabetes. Sounds like much more than ferrets, to me.

And, finally, from Voice of San Diego in April of this year, there was this letter from civil attorney Patrick O'Connor, another Democrat, who appeared before Superior Court Judge Jan Goldsmith. He wrote: "He is as fair a trial judge as can be had. I knew that when I entered his courtroom that any decision he made was based on his reading and understanding the issues before him and applying the law as he saw it. No one who tries cases can ever ask for more than that from a judge."

Mike Aguirre clearly is the "devil you know." Jan Goldsmith is no devil; he clearly is a reasoned, ethical, more broadly experienced alternative, someone with the legal acumen to know a good case from a bad one and -- better still -- how to win the cases he files.

That's why high-profile and grass-roots Democrats are supporting Goldsmith. San Diegans from all parties want the rule of law to return to the City Attorney's office. No more grandstanding. No more accusing people of corruption or other crimes and then never following up with actual charges. No more filing lawsuits and then quietly withdrawing them. No more ethical violations of mixing criminal and civil cases. No more late, non-existant or error-filled advice to the City Attorney's client.

Contrary to your premise, we KNOW Jan Goldsmith, and that's why he must be our next City Attorney.

God, Goldsmith voted against the living wage laws, voted to have Poway be exempt from living wage laws. He constantly voted against funding education while he proposed a bill to allow paddling of children in schools! Please, he is a devil and you should know him. Aguirre is not a politician, but a great attorney. Named one of the 100 best trial attorneys in California by CLJ. Aguirre has enforced the Brown Act and his Appeals team has a 93% success rate. They will overturn the pension scam and save this city over $1 billion! Wake up, there is not comparison.

During the last few years the city gave NTC to developers, didn't pay city employees a living wage but instead promised retirement benefits and then failed to pay for them, watched the deterioration of the city infrastructure, closed city recreation facilities, gave away millions to Chargers, and more. All this was as a result of the cozy relationship between the Republican mayors, the downtown business establishment, real estate developers, and city employee union management.

I see no reason to expect that if conservative Republican Jan Goldsmith, a close friend of Mayor Sanders, who is supported by the downtown business establishment, developers and the city employee's unions and other special interests is elected, it will not be back to business as usual.

And now Mike Aguirre is trying his hardest (and losing in court)to take away those retirement benefits that 9/5/08 10:26 AM mentions. I am a liberal Democrat - and there is a lot of politician/Republican Goldsmith that I don't like. But 4 years of City Atty. Aguirre is enough. He's been a disaster of a city atty, and his time is up. He can continue trying to eliminate benefits that up to now the courts have ruled are legal as a private citizen. The best part is that maybe he can sue what should be the true target - the City, not the employees, not SDCERS, as it was the City that did not meet it's agreed upon obligations to make payments into the retirement system, so monies could be spent elsewhere (RNC, Qualcomm, Petco, our roads and sewers), and the booming stock market of the time could cover the City's obligation...until the market went south and the city still did not want to make their payments.

Is there a great choice for CA this year? No, but there is a less bad choice and this year it's the new guy.