Our own region's Assembly Member Martin Garrick (R-74th) was arrested this past June 15th for a DUI, which was driving a taxpayer covered state car with a blood alcohol of 0.15 percent, which is almost double the legal limit blood alcohol level of 0.08 percent. He ran several red lights, didn't respond to police officers to pull over and was driving above the speed limit. Reports have come out that Garrick might have received special treatment as an Assembly Member according to KCRATV and questioned about why he was not charged with reckless driving.

Garrick has apologized for his actions, which was the right thing to do and some don't do, we do not yet know his fines and sentencing, but looking over some of his past legislation votes it should give us an idea of what he would do as a judge on his case.
Garrick was looking at a 2014 run for State Senator Mark Wyland's seat. Please leave a comment if you think he should do it now?

Video of the attack was captured after a Truth Squad member witnessed the Republican signature gatherer threatening to hit his female partner. After making the threat, the signature gatherer tried flee, saw that his likeness was being recorded, lost his temper, and hit the Truth Squad member who was recording his threats. Though the punch was intended for the educator’s face, it landed on his cell phone.

The assailant fled the scene after the incident. No one was seriously hurt, although the act of violence was reported to the San Diego Police Department.

“It’s shameful of the Republican campaign to verbally intimidate and ultimately resort to violence against members of the public,” said Kyle Haverback, spokesman for Just Say No, San Diego, a committee created to correct deception in the ballot measure process. “One reason why America is so great is that we all understand violence has no place in our political system. Just because the Republican campaign can’t win a debate on the issues doesn’t give it the right to raise its fist and retaliate.”

Haverback continued, “This is part of a larger trend. There are numerous reports of signature gatherers physically threatening educators. These signature gatherers are so afraid of open conversation that they resort to physical intimidation and battery, and then run away.”

The Just Say No, San Diego campaign calls on the Republican campaign proposing the measure to turn over information about the assailant to the Police.

“To the politicians that have boasted about making themselves indistinguishable from this campaign, it’s your responsibility to bring this matter to justice,” Haverback said.

The “Just Say No, San Diego” campaign is a project of the San Diego and Imperial Counties Labor Council, which strives for more jobs, better jobs and better lives for all of San Diego’s workers, union and non-union. To learn more, visit www.unionyes.org.
Posted by Anonymous at 10:19 PM No comments: 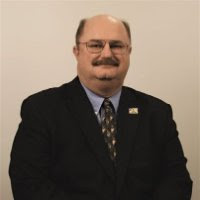 If you don't recognize the gentleman above let me introduce him to you. This is Bobby Glaser and he is owner and president of the La Jolla Group. The specialize in gathering signatures to place things on the ballot. Way back in the 1980's and early 1990's it was a political consulting firm but after a series of setbacks and embarrassments it kind of became a de-facto firm that specialized in local ballot initiatives.
Recently Mr. Glaser was in charge of the signature gathering for the San Diego for Great Schools Initiative an attempt to "reform" the school board and the Unified school system. However they failed to get enough signatures to make it on the ballot.
Also Mr. Glaser was in charge of gather signatures for Carl DeMaio's "Competition" initiative . Which DeMaio, with great flourish delivered to the city clerk last year. Yet less than a month later the clerk verified that Carl didn't have enough signatures and after threatening to pay for a recount quickly backed down.
I wonder if he's in charge of gathering signatures for the 401 k initiative?
Posted by Blue Diegan at 10:08 AM 1 comment:

Fletcher joins DeMaio and Sanders. Story here.
Posted by Anonymous at 6:54 AM No comments:

The Voice has the story here.
Posted by Anonymous at 9:02 PM No comments: