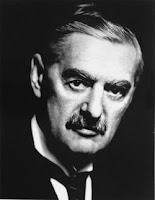 For a Kick-off Event

And her San Diego Mayoral campaign

I received this e-mail today for the Bonnie Dumanis fundraiser next week and couldn't help but notice a lot of high profile Democrats on her host committee. Now if this was 1981, I would understand because San Diego was very different back then and being a Dem in San Diego was like being Vegan in Omaha or a Republican in San Francisco. So I could understand that "go along, get along" mentality.

But it's 2011 and San Diego is a Democratic city. Thanks to demographics and outstanding outreach efforts from the Republican party like this and this. Oh and this, this and this and well I could go all day on that. However, even Republicans understand this shift which is why they are fighting City redistricting tooth and nail.

Yet these people think that if the Downtown establishment supports someone they are a surefire winner and maybe they can get some scraps after the victory buffet. And who cares that there are two very well qualified Democratic candidates like Bob Filner and Christine Kehoe. And who cares that Christine Kehoe and Bob FIlner were ardent supporters of LGBT rights when it wasn't cool and was dangerous. It's all about a backing a winner.

This kind of self defeating attitude is why the Republicans win. I don't care how many times John Kern keeps telling people that Bonnie's really a Democrat. In the end she is a Republican and so are you, John. So unless she re-registers it's a load of crap.

And for those of you who are buying this crap and then when you bitch about why Bonnie voted against you if she becomes Mayor. Why don't you look in the mirror and thank yourself for screwing up the City even more.