The Conscious of the Council. 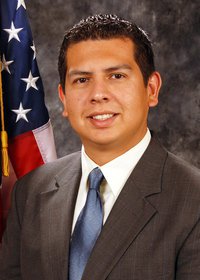 It has been said that nature abhors a vacuum and in 2010 when Donna Frye left the San Diego City Council a chasm was created. Since her time on the Council, Donna was almost always the consistent voice of leadership and conviction on the council. Sometimes she would irk her supporters from time to time but over all she was seen as someone who would always do what she thought was right and became the voice for those who felt left out of the Downtown power plays and would remind the Council, time and again that there was more to San Diego than Downtown and that there were other issues than redevelopment and the Convention Center.

If the past was any indication of what was to happen in the future then it would be a long time before someone would be that champion again. After all, almost everyone who has been elected to the Council seems to view it as a stepping-stone to a higher political office and seems to position their votes and support with an eye towards that goal of being in the Assembly, State Senate or Congress. So perhaps that saying didn’t apply in San Diego Politics.

In that same year, a small political upset took place when a relatively unknown candidate beat someone who’s family was an institution in the District and was seen as a shoo-in as he had the support of Labor and some big names. Yet even in the face of all those obstacles, David Alvarez was able to beat his opponent, Felipe Hueso by 15%.

During that campaign Alvarez promised that he would serve the full terms and would do his best to provide the District the representation it needed. A promise that resonated with the District but to many political observers it was seen a smart ploy that eventually he would have to reneg on because history was against it.  Possibly only one person served two full terms since 1980’s because either the person moved on to higher political office or had to resign in disgrace.

In his short time, Alvarez has been consistent in his views and his votes that he has fought for his district but, by extension, the communities that have been left out of those Downtown Power Plays. He as been an advocate of stopping needless waste as his efforts with reforming San Diego SAFE program with Lorie Zaph and most importantly was the lone voice against the giveaways to the Convention Center in 2012.

Also he has become a real leader with the other Democratic Councilmembers and yesterday’s meeting at Rules showed that.

It was well known that Alvarez was going to put up a resolution that would support Immigration Reform with a path towards Citizenship to those who have worked and labored in the shadows. With the help of fellow Councilmembers Sherri Lightener and Marti Emerald they were all set to do so but jumping in on the bandwagon for the sake of political survival the four Republicans, with Mark Kersey leading the pack, decided to draft their own resolution, sign it, force it on the docket and blab to the U-T and the media about it and not tell their Democratic Counterparts.

Maybe Kersey thought his watered down, mealy-mouthed resolution would be acceptable to everyone. I mean it calls for “legal status” so maybe he can say he snag some Latino votes in some future City wide run and since it doesn’t say citizenship so he say to the right that they don’t get citizenship. Win-win, right?

Alvarez, at the Rules meeting, called the Republicans out for their attempt at playing politics with their antics of going around the other Councilmembers, drafting a vague resolution and doing so as an act of political survival. He denied Kersey’s attempt to co-opt the resolution he and the other Dems on the Council drafted and so Kersey and Kevin Faulconer voted against the true Immigration Reform resolution and now both go up to the Council for a vote.

So where is Todd Gloria in all this?

You guess is as good as mine.

Will Todd support the sham Republican resolution that in essence would call for a permanent immigrant ambiguous status not fully a part of our society?

Or will he stand with Alvarez, Emerald and Lightner with a resolution that lives up to the creed of this nation and give those who have labored, fought and risked their lives to come to this county a chance to be a part of this country that they have sacrificed so much to be a part of?

I’m not holding my breath…