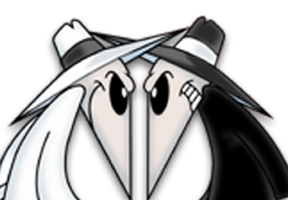 Politics in the South Bay has been a seesaw of revenge and recriminations. Families and political alliances have shifted and rotated depending on electoral winners and losers. Often sharing staff and resources, players in this field can never be permanently counted out.


Vargas
State Senator Vargas has always wanted to be in Congress. So much so that he went to Republican donors to make it happen in a past run against Filner. But Filner has been the wall keeping Vargas from his dream. For years, politics in South Bay was aligned along the Filner -Vargas divide with Vargas gaining an upper hand on the local level and Filner always keeping the Congressional seat.

With Filner running for San Diego Mayor, Vargas has gone all out to claim the new 51st CD as his own. He has hired away Mary Salas's campaign manager, Filner's former Imperial Valley consultant, and is on track to hire Hueso staff to send the message that this train is unstoppable. Word on the street is that he has begun "pressuring" local elected officials in South Bay to come on board or get crushed. Vargas has already solicited big Democratic donors in San Diego and is working overtime to heal the rift with the insurance lobby and curry favor with the Native American gaming tribes.

In his race against Salas, Vargas won through his ability to buy the talent on the ground and work with Hueso in the west and Perez in the east to pick up the slack. It is rumored that Vargas expects to open the 2012 year with 6 million in the bank. He knows that the best way to become a real player is to arrive in D.C. with the most cash to spread around to other races.


Ducheny
But he cannot be as generous with the money as he could be with a non-token primary opponent. Enter Former State Senator Denise Ducheny. If there was anyone left, who was not Mary Salas, in South Bay to take him on, Ducheny is the one. She is a scrapper who is unafraid of fighting and does not appear to care about playing nice.

This makes her a great foil against Vargas but she comes in as the underdog. She does not have the name recognition from having run only last year nor does she have the cozy business relationships to the degree Vargas has to make campaigning easy.

What she does have are angry Salas supporters, latent Imperial Valley support from her terms in the State Senate, and an altogether different donor base that Vargas. Her campaign has not taken advantage of some Vargas staff issues in the Imperial Valley, which has raised some eyebrows, but it is still early.


Conclusion
Too early to tell. If the election were held today, Vargas would win for no other reason than he has a campaign team which is campaigning. He is courting Labor and tacking left. Ducheny does not have the deer-in-the-headlights reaction to Vargas's money that Salas had last cycle. She's been talking to Alvarez supporters about staffing and has been quietly building a war chest. She is known as a strategist and may just be taking her time. We will see.
Posted by Franklin at 10:02 AM

The other thing that should me mentioned is that Ducheney really doesn't have anything to lose by running. Her political career was over until Filner decided to run for mayor, and so she can throw everything at Vargas without worrying about hurting herself in the future.

No question Vargas has the lead in this race, but I hope Ducheny gets in. Vargas has never shown true support for the South Bay, San Diego or any community. It's always been about Vargas finding a job where he feels important, and Congress has been the holy grail for him for decades. When he was in the Assembly, and I assume it's still true in the Senate although I don't follow him anymore, he and his staff were always very calculating, thinking about politics first and the good of the region/communities fourth or fifth at best. Ducheny is the opposite. Sure she's a politician, but she has always been genuine and places the good of the region/communities as high priority.