Word on the Street: Peters for Congress 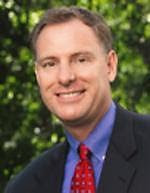 This rumor has been swirling around for over a month, ever since the DCCC sought him out to run against Bilbray.

Word is that he didn't bite but "establishment" Democrats have ben pushing him to run because they can't seem to stomach the possibility of Saldana candidacy.

So, with Lori and Scott verses Brian, who wins?

On the Democratic side, I give the edge to Saldana. She's tenacious, been working the activist base, and has represented most of the draft district before. She will need to work like she has never worked before on raising the money but she has a base of support and a volunteer base as rabid as Frye supporters.

Scott can raise money but can't seem to spend it well. In his run against Aguirre, he ran a full-blown campaign operation with a full complement of staff and volunteers and lost to a less-than-loved incumbent who didn't campaign. Scott doesn't have a base outside of La Jolla and has a tendency to surround himself with yes people who aren't known for their strategic brilliance.

Saldana thinks and acts outside the box which can cut both ways. Against two white, bland, establishment-approved men, she will shine as a fresh face ready to take on DC.

Don't rule Peters out (he has yet to announce). As things stand today, I would give the nod to Lori against Brian in the fall of 2012.
Posted by Franklin at 7:58 PM