We are coming down to the final weeks before E-Day and the polls from the various campaigns and IE committees are all basically showing the same thing, San Diego City Councilmember Kevin Faulconer is in the lead around the low 30's, and San Diego City Councilmember David Alvarez is running neck and neck with former California State Assemblymember Nathan Fletcher.  Depending on the time of the polls, Alvarez has passed Fletcher, but the margin of error still keeps them in a dead heat.  This information includes Fletcher's own internal poll, which he has not yet released.  The only poll that was different is the Survey USA poll.

There are two things that are very clear:
1) There will be a run-off
2) Faulconer will be in the run-off, unless he commits some major misstep.

Fletcher supporters fearing his loss are now running around claiming Faulconer could win it straight out in the primary, even when they said Nathan could have won it straight out in the primary or was so strong he would win it in a run-off.  Clearly, they were feeding people a fairy tale line and the next time these spin-not so masters tell you about another race, then you might want to tell them thank you, but no thank you.

These polls have shown Fletcher wasn't as strong as proposed by his early supporters either against Alvarez or Faulconer and the early polls were more about name identification, then anything else.  It shows that if the few unions and Democratic elected endorsements had followed the Labor Council and Democratic Party and gone with the lifelong Democrat, who had the proven progressive voting record Alvarez, then he would be in a dead heat with Faulconer and Fletcher would have folded even faster in the race and not place the possibility of Fletcher getting into the run-off to clearly loss it. 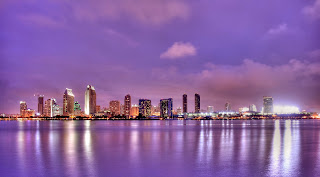 A run-off will cost our city and it's tax payers millions! Come on people lets get it right and vote for Kevin Faulconer now!